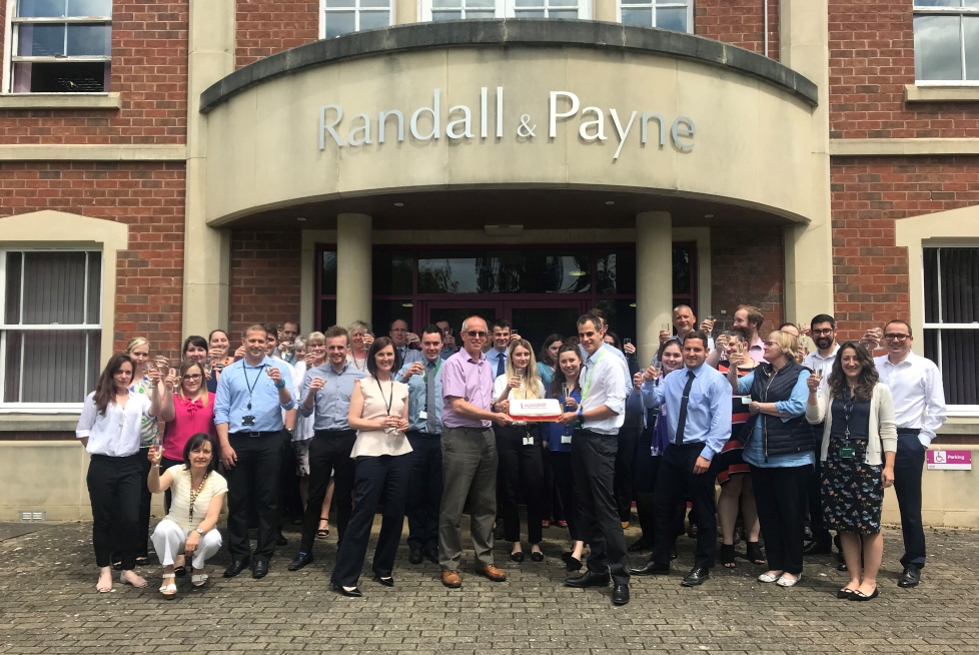 At Randall & Payne we are proudly celebrating our 140th birthday this month. The firm was formed in Stroud by John Randall and George Payne in 1879 and we’ve been providing expert business advice and practical accounting solutions to help our clients realise their potential ever since.

Our business began as a bookkeeping firm, and accountancy is still at the core of what we do here in Cheltenham. However, our team of specialist accountants work with business in mind to offer so much more. 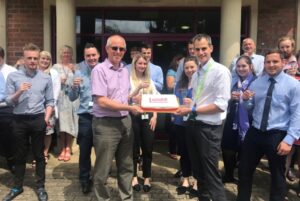 Those who weren’t out on client visits or on annual leave, gathered after a recent staff meeting to raise a glass to toast our 140 year heritage and enjoyed a slice of cake.

For decades the firm was based at Rowcroft in Stroud, where in 1931 Laurie Lee took a job as an errand boy for a couple of years and went on to become the world famous author and screenwriter that we know today.

In 1965 the firm moved to Rodborough Court just outside Stroud. Fast forward forty odd years to 2007 when Randall & Payne had a short period of acquisition which started with a firm in Stonehouse and a couple of years later in 2009 a firm on the Promenade in Cheltenham. Later the same year the Stonehouse office moved to Waterwells Business Park in Gloucester and finally in 2012 the firm acquired a practice at Miller Court in Tewkesbury.

We have been situated in our current office, Chargrove House on the Shurdington Road, just on the outskirts of Cheltenham since 2013. The move brought everyone under one roof from the four office locations in Gloucestershire and today the meeting rooms at Chargrove House are named after the five previous offices; Rowcroft, Rodborough, Promenade, Waterwells and Miller.

We are proud of our heritage and the role we play within our business community. We have been part of the Gloucestershire Business Awards for eight consecutive years. Now 22 years old, the Awards have firmly established themselves at the forefront of the county’s business community and is an event anticipated by all. The chance to celebrate the successes of both businesses and business people is to be welcomed. This year’s entries close on Thursday 11 July so we urge anyone with a good news story to tell to enter and share their success.

In recent years the firm has taken on a corporate charity and staff vote for who they want to support – so over the years we have supported a number of local charities and we are currently supporting Scoo-B-Doo, the charity who provide life-saving equipment for the neonatal unit at Gloucestershire Royal Hospital. We put on various fundraisers throughout the year including quiz nights, raffles, bake-offs, sporting challenges, and last month put on our first family fun day!

So here’s to the next 140 years! Hopefully we’ll see you at a networking event, a charity fundraiser or come to Chargrove House for an informal chat about how we can help – the coffee machine is always on! 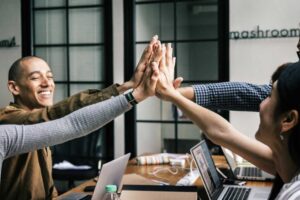 Setting up your new starter for success 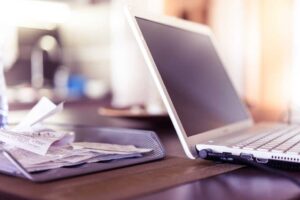