Sometimes, an opportunity presents itself to you when you least expect it. For Officeworx, an unforeseen acquisition became a gateway to new markets.

Officeworx Ltd are a Cheltenham-based company, offering complete office solutions to Gloucestershire businesses and beyond. While the prospect of future expansion was on the horizon, it wasn’t something the company was actively engaging in.

However, back in 2017, Rob and Paul, Directors of Officeworx, were intrigued when they received a company sale notification for Knights & Hyde, another stationer based in Corby. Not only did it appear to be a near carbon copy of Officeworx in terms of business activities and operations, but it was an ideal location to enable Officeworx to expand their geographical presence – an opportunity not to be missed.

After requesting further information from the sale agent, Rob and Paul then met with Ollie, our Head of Corporate Finance, to assess the viability of the proposed transaction.

In preparation for the acquisition, we ensured that any key issues that came from the early discussion were adequately dealt with in the Heads of Terms agreement. 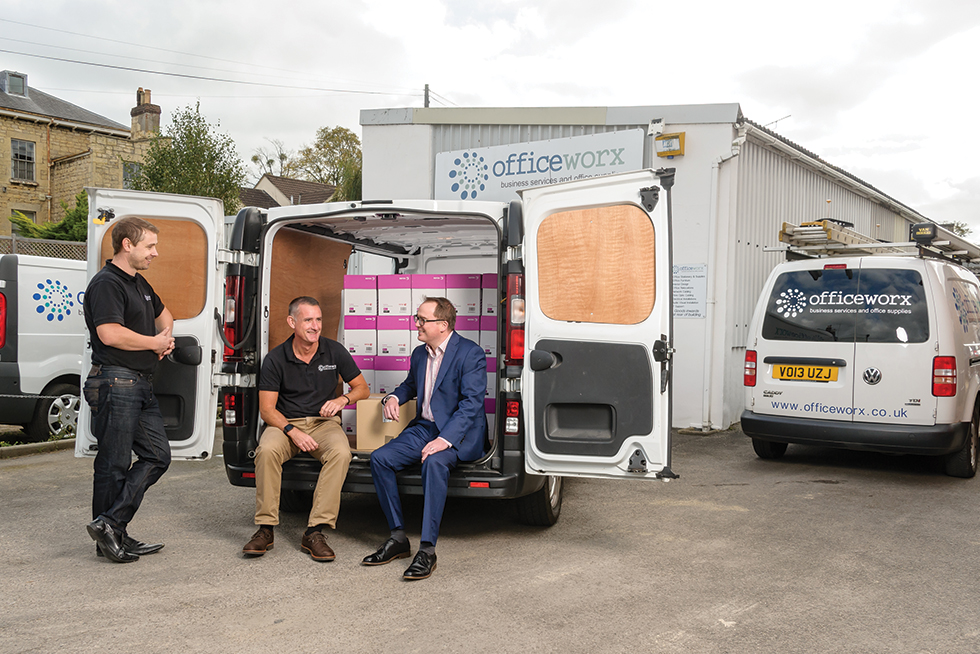 Having agreed that the project was feasible, both financially and operationally, we helped Officeworx with the construction of a letter that outlined the offer details and the reasons why they would represent an ideal fit. This was subsequently accepted – a key aspect of its success was to not just focus on the financial aspect of the transaction, but also on Officeworx’s operational ability.

After discussions with our clients, we then carried out a due diligence assessment, establishing the matters of greatest concern to them and carrying out a full investigation of these areas. Following this, we accompanied them to an all-party meeting and subsequent conference call, working collaboratively with Knights & Hyde’s financial and legal advisers to agree an Asset Purchase Agreement.

We recognise that the acquisition process can seem complex, which was the case for both Rob and Paul when they approached us. We made things as clear as possible for Officeworx, from aiding their understanding of both the technical and legal language used in transactions, to explaining the bigger concern of the operational and financial risks associated with the transaction.